Transform Mid-Atlantic, a member of the national Coalition for Service-Learning, and its partner colleges and universities throughout the region are playing a leading role in advocating for an annual appropriation of $250 million for a Service-Learning Fund in the FY23 federal budget. This appropriation would effectively re-fund the federal Learn and Serve America program, which was previously administered by the Corporation for National and Community Service as authorized by Subtitle B of the Edward M. Kennedy Serve America Act from 1993-2011.

If re-funded, Learn and Serve America would connect millions of K-12 and college and university students across the United States with service-learning opportunities in their schools, campuses, and communities. Along with building the administrative capacity of the Corporation for National and Community Service to administer Learn and Serve America, the $250 million appropriation would provide:

The request was developed from a report compiled by the non-partisan and Congressionally appointed National Commission on Military, National, and Public Service published in March 2020. According to the Coalition for Service-Learning, the commission’s report found that:

“…a dramatic increase in service-learning opportunities for K-12 and higher education students [would provide] young people the problem-solving and academic achievement skills they will need to be successful in school, work, and life.  In the Commission’s vision, every American will be exposed to service opportunities throughout their lifetime, beginning with young people experiencing robust civic education and service-learning during elementary, middle, and high school.”

TMA has assisted in the coordination of advocacy efforts in support of the funding request, which would reinstate Learn and Serve America over a decade after its funding was removed from the federal budget. The organization and representatives from its partner institutions successfully conducted outreach to members of the House of Representatives throughout the Mid-Atlantic region to encourage them to sign a Dear Colleague letter to the chair and ranking member of the House Appropriations Subcommittee on Labor, Health and Human Services, Education, and Related Agencies. TMA also assisted other state and regional organizations across the country in conducting their own outreach to Congressional offices. Twenty-three House members signed the letter including Representatives Eleanor Holmes Norton (DC), Anthony Brown (MD-4), and Jamie Raskin (MD-8).

“TMA and its partner colleges and universities understand the important role that service-learning and civic and community engagement programs play in developing students’ college, career, and civic and community readiness,” says TMA Executive Director and member of the Coalition’s executive steering committee Madeline Yates, “and we know that service-learning experiences sustain democracy and empower students to become lifelong engaged members of their communities.” 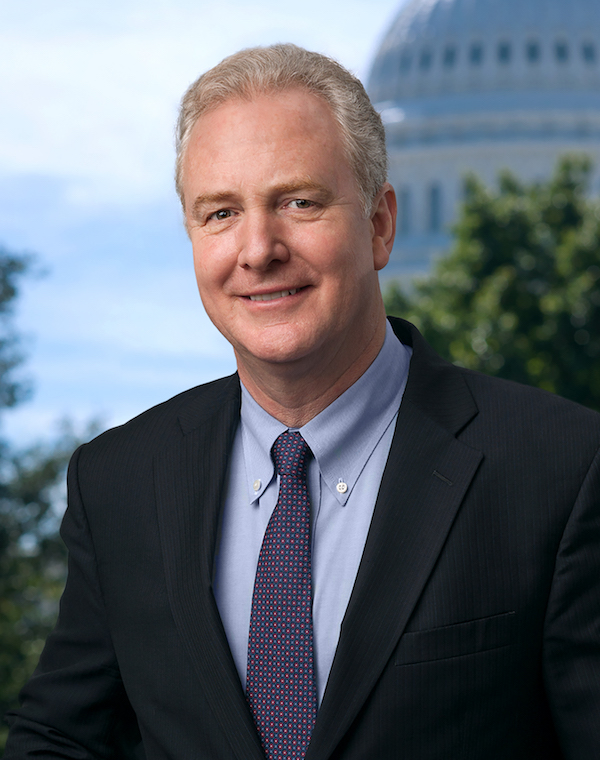 Senator Chris Van Hollen (MD) is sponsoring a Dear Colleague Letter in the US Senate in support of $250M for service-learning funds after meeting with representatives from the national Coalition for Service-Learning and Transform Mid-Atlantic earlier this month.

Yates, TMA Associate Director Anthony Wagner, and Susan Stroud, former Director of Learn and Serve America from 1994-1998 and a Senior Fellow at the Honey W. Nashman Center for Civic Engagement and Public Service at The George Washington University, met with representatives from the office of Senator Chris Van Hollen (MD) to encourage his sponsorship of a similar Dear Colleague letter in the United States Senate. In recorded remarks shown at the Maryland Civic Education Coalition’s 2022 Youth Summit held on April 30, Senator Van Hollen announced his support of the proposal and his sponsorship of a Dear Colleague letter, which is currently being circulated in the U.S. Senate.

Amy Cohen, Executive Director of the Honey W. Nashman Center for Civic Engagement and Public Service at The George Washington University, serves as a leading voice and advocate for national service-learning programs and is

“Federal funding for service-learning ensures that all young people – not just those who live in highly resourced communities – have the opportunity to be assets to their community. With a focus on ensuring that at least half of the funding would support disadvantaged schools and communities, we will develop a new generation of civic leaders.”

TMA encourages its partners institutions, community partners, and other individuals in the Maryland, DC, and Delaware region and beyond to write their Congressional representatives to support the Coalition’s request. The deadline for signatures on the Senate Dear Colleague letter is Friday, May 20 at close of business. Click here to find resources for connecting with your Senators’ offices. If your institution or organization is not already a member of the Coalition for Service-Learning, click here to join.